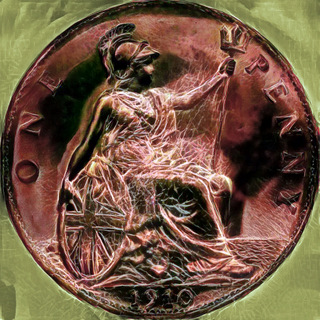 Trying to sound grown up I said, “You’re out late on your own. It’s gone ten.”

Briefly, the girl’s face hinted at a frown, but then she smiled. “I write songs, too. I was hoping you might take a look at one. See what you think.”

For a long moment, our steamy breaths mingled in the cold air. I felt oddly detached from the scene. I could have been watching a movie, starring myself. It felt weird but kind of nice, because here I was talking to a girl and for once, I didn’t feel awkward or tongue-tied. When it came to music, I was on well-trodden ground. “Yeh, sure, I’ll take a look. Have you got it with you?” I held out my hand.

“There’s a café around the corner. If it’s not too late for you,” she added mischievously.

Apart from two lads seated down the far end, the tea bar was empty. Hunched over their coffees, the pair had their backs to us, talking in low voices about motorbikes, or football or girls. “Let’s sit near the jukebox,” she said.

By the time I’d returned with two teas, she had already unbuttoned her coat and removed her bobble hat. The short, spiky haircut perfectly suited her angular, intelligent face. Pulling a bulging sketchbook from her shoulder bag, she began leafing through it, then opened the book flat and pushed it across. “This is my latest. It sounds pretty dire on the flute,” she giggled, “but I’ve strummed it on the guitar at school. The lyric is suitably dark; nothing about best friends or holidays by the sea, I promise. I just hope it doesn’t sound too much like one of your songs.”

I studied the page. The staves had been ruled in pencil, with the notes added in black pen. I can read music fine, but I knew that to hear it I would need to play it. The words were printed neatly beneath the staves. The book felt lumpy, like things had been stuck to some of the pages. Who was this girl? What else did this book contain? More than anything right then, I wanted to explore every page. She must have noticed my inattention. “Come on. What do you think of it, then: the song?”

I sucked in my lips. “It’s gloomy, all right. A boy killed in a road accident. It’s very, er, graphic. What made you pick that for a subject?”

Her eyes briefly flashed pain before dropping back to her teacup. “No reason. Maybe your one of your songs inspired me.”

Unmistakably a brush off, but I felt it would be wiser to contain my interest for now. “You might have to tone down the gore a bit. That line about his leg laying in the road, for example. And you need to make it into a story. You know, a grieving girlfriend or something.”

“What about a grieving mother?”

“Mmm. I don’t think that would work – far too real. You’ll have people crying into their beer.”

“But the boy’s only twelve, so he can’t have a proper girlfriend, can he?”

I looked into her serious face and tried desperately to think of something positive to say. Then it struck me. I fumbled in a jacket pocket for my mouth organ. “I’ll have a go at playing it. That OK?”

After several false starts, I played through the verse melody. “That sound about right?” I said after another run through.

She nodded. “Your harmonica suits it, don’t you think? There’s a bit more over the page.” The song had no chorus; following the four verses an eight-bar coda, with the words ‘He died alone’ repeated four times, completed the song. “My mum helped with the last bit,” she said.

“The words or the music?” I grinned, but her look of puzzlement made me regret my attempt at a joke. Then I became aware of the room’s uncanny silence. The man behind the counter had paused his bagging up of the night’s takings while the two boys at the end of the room had ceased their conversation and now turned to regard us curiously.

“I think you might have your first fans,” I smiled. “It’s a cracking tune.”

On their way out, the boys passed our table. “That sounded amazing,” one of them said. “What do you call it?”

“Haunting,” the man behind the counter called across. “That’s how I’d describe it. You wrote that?”

Once out on the street, I glanced at my watch. “Christ! It’s gone eleven and I’ve got work tomorrow. I’ll walk you to the end of your road. Friday nights can be a bit lively after the pubs shut. Where do you live, by the way?”

“Wellington Street. Where is it you work?”

“A greengrocer’s stall in the covered market. Not very exciting, I know.”

“The rest of your band are students, so why not you, or are you dedicating your life to fruit and veg?”

I shrugged. “Bone idle at school, I suppose. Teachers kept telling me I had potential, but I couldn’t be bothered. I kind of lost interest not long after I went up to St Bede’s.”

“When you were eleven. And I’d have been eight.”

“Yes, I suppose so.” Too soon, we’d reached the end of Wellington Street. “Will anyone be waiting up?”

“Ma, probably, if she hasn’t already gone to bed. She has to take a lot of pills.”

“He left when I was ten, couldn’t cope with Ma’s illness anymore. Her depression. She doesn’t ever leave the house, hasn’t done for years, so I do all the shopping. We have a nurse who sometimes comes round to see if we’re doing OK. Well anyway, thanks, and I’ll work on the words.”

I couldn’t think of anything else to say. “Yeh, do that. Don’t change the music, though. It’s ace.”

She smiled and did a little bounce on her toes. “Can I come and buy some apples tomorrow?”

I felt my heart thumping. I wanted to hug her, grab her hands or something, but instead I said, “Oh, please do that, please. It will totally make my day.”

“OK, then, I will.” She turned to go and then stopped and turned back. “I nearly forgot. I have something to give you.” She fished in her pocket. “Hold out your hand.”

I looked at the object sitting in her palm and identified it immediately: an old penny, barely recognisable, smeared into an oval wafer by sixty tons of diesel locomotive. My stomach lurched as if I’d fallen through a trapdoor. I had a boxful of these at home.

“The transport police gave it to Ma. Tony had been playing on the tracks, they said. The driver said he saw two boys but the other one ran off soon after it happened. They never did find out who he was, but I knew. I’d seen you two together, out on your bikes, and I never forget a face. Sometime, when you’re ready, I’d like you to come and visit the house. Ma would be so pleased to meet you. You’d be ever so welcome.”

I felt my legs buckling. My keyboard slipped from my grasp and dropped to the ground with a clatter. I sunk down until my knees touched the wet pavement and I shook and gasped for air. It had begun to drizzle and I looked up into the beam of the streetlight, to watch the tiny droplets blow past, and then I looked into her face. She was smiling. She bent down and kissed me on the forehead, and I felt her hand slide into my pocket.

“There. Better get home, now. It’s taken me a while to find you. You see, Ma’s always known that my brother didn’t die alone. It would do her so much good to meet you. See you tomorrow, then.”