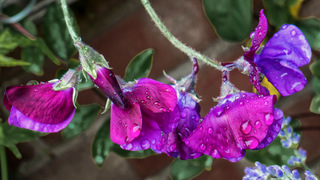 Quite a rainy month, but then less watering needed in the garden.

It turned hot towards the end of the month. I think our hottest day peaked at around 29°C.

A couple of garden visits, the first to the Pure Land Buddhist Garden. It is located by the mighty River Trent in North Clifton, near Newark. 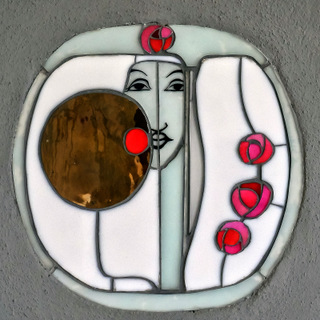 To Scotland for the half term break.

Had fun on the Fife coast then went across to Glasgow to see the magnificent House for an Art Lover.

I don't know why we've never been in the past, since the place has been there since the 1970s; anyhoo, it was a treat for this Charles Rennie Mackintosh fan.

That's about it. So, have a poem. It is by Muriel Stuart.

HERE in a quiet and dusty room they lie,
Faded as crumbled stone and shifting sand,
Forlorn as ashes, shrivelled, scentless, dry -
Meadows and gardens running through my hand.

Dead that shall quicken at the voice of spring,
Sleepers to wake beneath June’s tempest kiss;
Though birds pass over, unremembering,
And no bee find here roses that were his.

In this brown husk a dale of hawthorn dreams;
A cedar in this narrow cell is thrust
That shall drink deeply at a century’s streams;
These lilies shall make summer on my dust.

Here in their safe and simple house of death,
Sealed in their shells, a million roses leap;
Here I can stir a garden with my breath,
And in my hand a forest lies asleep.

HERE in a quiet and dusty room they lie,
Faded as crumbled stone and shifting sand,
Forlorn as ashes, shrivelled, scentless, dry - 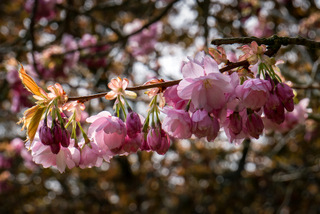 We had some days out and a 2-day mini-break in the Cotswolds, staying in a swanky place called The Lakes by Yoo.

Our accommodation was called The Barnhouse.

Apparently, the interior was designed by Kate Moss and it would have cost us £2000 per night if we hadn't won it in some online competieion.

We visited Gunby Hall again on a lovely afternoon when the bees were buzzing and everywhere looked fresh and springlike. Didn't see the cat this time.

Chapel St Leonard is a hamlet about halfway between Mablethorpe and Skeggie. They have built a kind of visitor centre/observation point there, where it's possible to get a very decent sandwich. 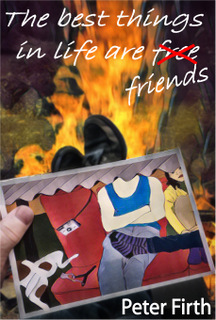 A quiet month. Spring is slowly getting here.

Some bits of the garden are beginning to wake up. Time will tell how many plants didn't make it through the winter.

Had friends Jeff and Graham to stay for a couple of nights.

I drove us up to attend dear friend Roger's memorial service in his home village of Armathwaite in Cumbria. Goodbye, Rog.

I whiled away a couple of weekends making a front cover for the book I completed six months ago, provisonally titled 'The Best Things in Life are Friends'.

It was quite an involved process but I wanted to include as many salient aspects of the book as possible. In the photo are Tom, Jess and Katie's feet.

Alan is taking the photo and is holding it in the larger picture, sitting on the sofa at the rubish tip.

I have done nothing with the book because I still don't feel it is finished. The start is too slow although once it picks up speed, about a third of the way through, it zips along nicely. 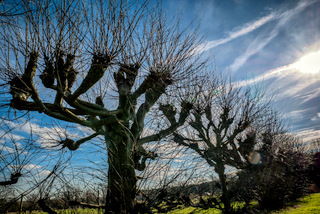 The kind weather continued through February. Hardly any frost and lots of sunshine.

We had a day out at Normanby Hall during the half term holidays. It was mild enough to eat lunch in the courtyard - a treat.

We had a family gathering at our favourite spot, the very convenient Blue Cow Inn.at South Witham. Smashing roast Sunday lunch, followed by a walk at Easton Walled Garden.

The weather was perfect, the snowdrops and daffodils looked great and we had a lovely time with grandson Ted, who is six months old now.

Soon be spring. Can't wait to get started in the garden. 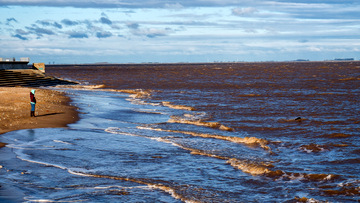 The weather continues to be not-very-wintry.

Wrapped up warm, walking on the beach is a joy.

This is what summer-only visitors never get to see. It's just for us locals.

On the 21st there was a total eclipse of the moon - I caught the tail end at about 5.30 in the morning. Very eerie to watch.

A mild autumn continues into December.

My least favourite month, it has to be said.

January runs it pretty close, although at least by then the days are slowly lengthening even if it is still a world of seemingly endless dark and cold.

If, like me, you suffer from low spirits during the winter months I can recommend Boots Max Strength St. John's Wort tablets. If nothing else, the dreams are amazing.

Go for Max Strength, nothing else.

The family came up to us for the holidays. Lovely time had by all. Gavin cooked while Daniel was on Dad duties with Ted.

All staggered (including me, actually) that you could buy a round of drinks in Cleethorpes for 5 people and get change out of a tenner. Good old No. 1 pub. 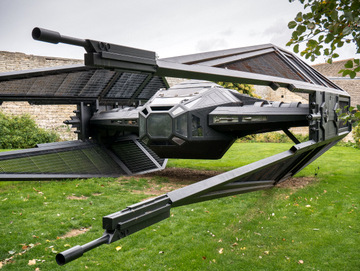 September was OK. Cooling down now, after such a cracking summer.

It was worth revisiting Burghley House Sculpture Park as so much had changed since we last visited two years ago.

And then something a bit different. 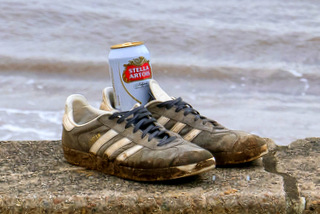 Mostly photos taken in Cleethorpes, but also a few from further afield.

There was a spectacular sunset on August 18th, during the height of the hot spell. Jack and Sidney (cats) posed for some snaps and Sidney became a regular visitor to my man cave (the garage, basically) where I was pleased to finish my latest book, with Sidney's help of course. It's provisionally titled Circus Girl, but I think that may change.

There was a dramatic visit to Cleethorpes beach from the coastguard helicopter, bringing a medical crew to attend to a woman who was thought to have been stabbed. And a visit to the antiques centre at Hemswell led to the purchase of a 'new' winter 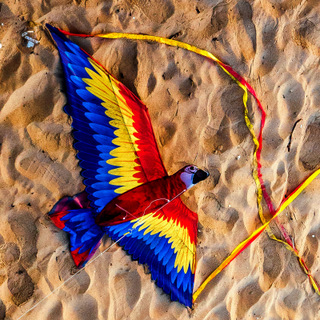 July is my second favourite month, after May and June, which tie in first place. Quite partial to August, too. Least favourite? It's got to be December.

Went to see the still-marvellous Del Amitri in Nottingham. They just get better and better. Apart from that, didn't go far, but then you don't need to when you already live at the seaside.

Discovered the Maitreya Buddhist Garden, near Lincoln, but the photos are in a separate gallery. Looking forward to a return visit when we've had some rain and the grass isn't all withered and brown from the prolonged lack of moisture. Also paid a visit to Gainsborough Old Hall - another fascinating place which has its own gallery elsewhere in another article.